Seeing LED light bulbs in your local hardware store, you may think "why on earth would I pay that much for an LED light bulb." However, when an analysis of the cost of the electricity and bulb replacement costs are done, it is rather surprising just how much money an investment in a more expensive LED light bulb will save long term.

Consider a comparison between the following bulbs:

If electricity costs go up, the savings is greater. We doubt that the cost of incadescent bulbs is likely to go down, and would increase by inflation and potentially by the levy of additional taxes. However, as more and more LED light bulbs are manufactured, their cost is likely to go down! Any way you cut it, investing in LED light bulbs looks to be a wise move long term. 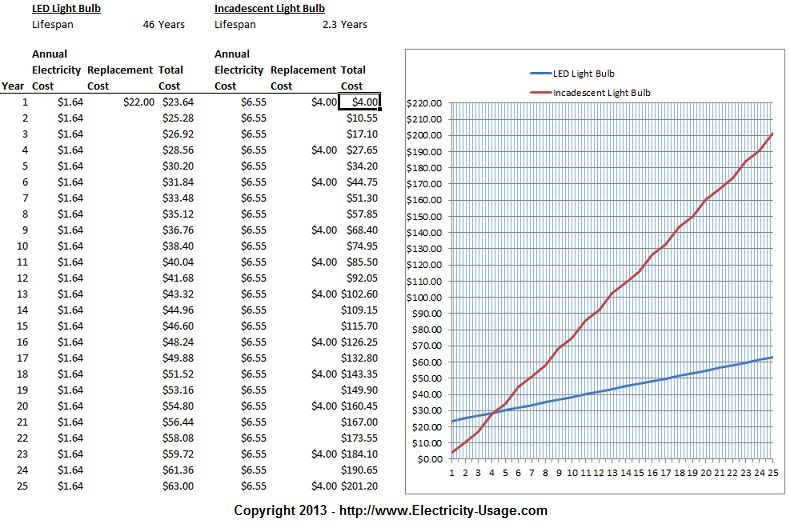